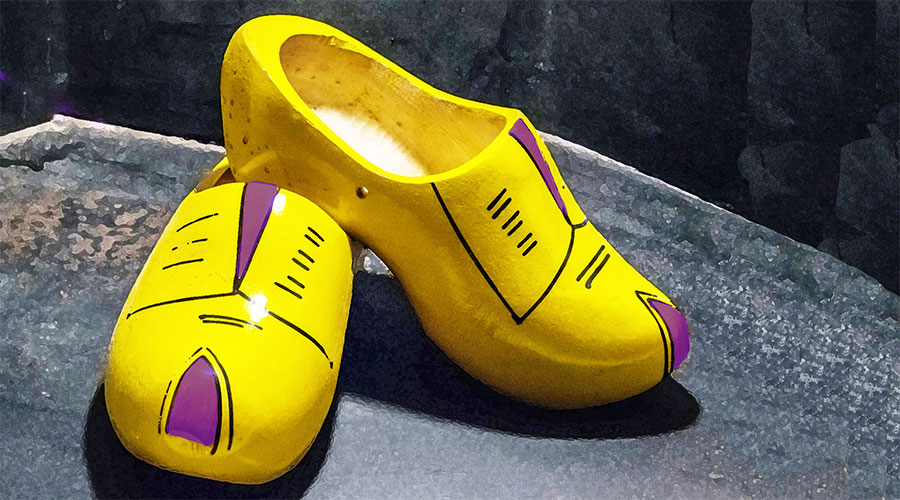 Sabot is the French word for clog and sabotage is derived from it.

There is a popular story that sabotage emerged in 15th century Holland. It occurred when textile workers threw their sabots (clogs) into the gears of new automated looms fearing that their jobs would be lost. This deliberate attack on machinery then was called sabotage.

This Dutch workers’ movement predates the industrial revolution by several centuries. England’s Luddites and Swing rioters, that broke up looms and agricultural machinery for similar reasons, did so in the early 19th century. Many ended up being transported to Australia. Unfortunately for the story, the Dutch machine breakers never existed and have no historical basis.

The true origin of sabotage is slightly more mundane. It is more likely to be derived from late 19th-century French slang use of sabot to describe unskilled workers. The unskilled workers wore clogs because they could not afford leather shoes. Its meaning shifted to describe the poor quality work which such workers produced via saboter meaning to knock with the foot, or work carelessly.

How is it used?

Sabotage came to mean the deliberate reduction of quality (or quantity) of factory production or transportation by the agents of your enemy (saboteurs) during wartime.

A modern form is to damage industrial systems by disrupting software management systems. The Stuxnet computer worm, which infected very specific industrial systems is believed, by some security experts, to have been designed and propagated by the United States, Israel or Russia to deliberately attack the Iranian nuclear program.

Self-sabotage is a common psychological diagnosis of behavior that creates problems in daily life and that interferes with long-standing goals. These behaviors include procrastination, self-medication with drugs or alcohol, comfort eating, and forms of self-injury such as cutting. Self-sabotage is usually overcome with behavioral therapies that interrupt  patterns of thought and action while strengthening self-regulation. At least it doesn’t involve eating clogs.