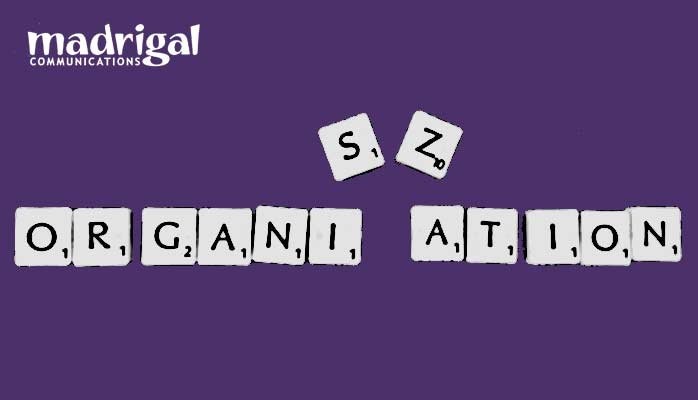 Do you work for an organisation or an organization? How you spell this word depends on where you are employed.

Why the Americans use organization

Organisation is the recommended form in England, Canada and Australia whereas organization is the preferred form in the US. Now, before we raise our eyebrows at the Americans, we should acknowledge that they do have a valid historical reason for their spelling. Their justification is that organization came from a Greek root via Latin and therefore should be spelt the Greek way, –ization.

Why the British use organisation

The British have a different interpretation. They, the British, adopted the word from the French, who had naturalised it to organisation. And since the British  adopted organisation not from Greek but from French they have decided they should spell it –isation, that is, the French way. Australians, being practical, have followed the British.

Why the OED uses organization

There is a complication, though, which has caused much confusion. The Oxford English Dictionary (OED), the preferred reference for British English, has continued, while recognising both variants, to prefer organization, in defiance of the British norm. It supports the Americans in its championing of the Greek origin of the word.

However, most British spellers and writers believe that the people at the OED are just being stubborn. The Cambridge University Press and many other British publishing houses (and our own Macquarie Dictionary) will have none of it and use or recommend organisation as the preferred form. They understand it to be the most common form used by mainstream journalists and writers. As much as I love the OED (I have worked with Oxford University Press) I back the opposition on this one (I also worked with Cambridge University Press).

Microsoft spellchecker and autocorrect are not on our side—they can be subversive, changing organisation to organization without us asking. This has caused me some annoyance and embarrassment!

I am reposting this from a Linked IN article from 2015.