WORD OF THE YEAR 2020—ENVIRONMENT AND SOCIAL 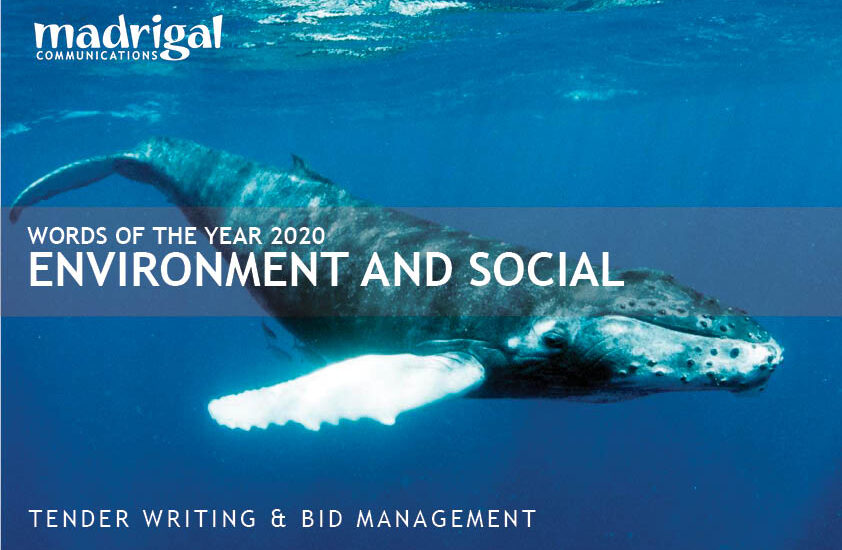 The COVID-19 pandemic dominated the 2020 narrative from March. However, there were still other events going on apart from it and the US election. In Australia catastrophic bushfires started the year which had created a strong focus on climate change. Other social changes were taking place particularly in gender discrimination and identity. These are our environment and social words of the year.

BUSHFIRES—environment and social words of the year

The Macquarie Dictionary included PYROCUMULONIMBUS as a runner-up for their word of the year. They describe it as “a lovely-sounding word for a horror that hit home for us all”. A pyrocumulonimbus is a cumulonimbus cloud that forms above a source of intense heat such as a bushfire or a volcanic eruption.

The OED also included ANTHROPAUSE. It refers to “the global slowdown of travel and other human activity and the subsequent welcome consequences, such as a decrease in light and noise pollution”. The anthropause caused wildlife to return to areas that they normally would avoid due to human activity. Road kills were much reduced during the lockdown.

The Macquarie Dictionary also highlighted HUMPBACK HIGHWAYS. It describes the two marine migration corridors along the eastern and western coasts of Australia. They are used by humpbacks moving from Antarctic waters to warmer waters of the north to breed before returning.

If there is a morality tale to be found in this coronavirus pandemic it is surely the story of the exploitation of the pangolin. There is strong evidence that the COVID-19 virus may have been transferred to humans from a pangolin in the Wuhan “wet market” in China. Although the alternative route may have been from a bat. The protection of the pangolin remains an issue.

THEY—environment and social words of the year

Last year (2019) Merriam Webster’s word of the year had been THEY as used to refer to one person whose gender identity is nonbinary. This sense that is increasingly common in published, edited text, as well as all over social media and in daily personal interactions between English speakers. The Macquarie Dictionary records it this year.

GENDERSTERNCHEN—the German language tackled the problem of different terms for male and female professionals by introducing the Gendersternchen. It is an asterix between the title and the female ‘-innen’ suffix. It is slowly gaining acceptance across the media.

This environment and social words of the year post is the fourth of our series of word of the year 2020 posts. The first looked at the words around the great pandemic, the second looked at words about life during the pandemic, and the third looked at politics and the US election.